The world’s most impactful art is born from the expression of internal struggle. Jason Dussault has wielded the power of that understanding and has channeled that energy through nostalgic iconography. From an artistic rage that lives beneath his perception, Jason creates an homage to one of the most primitive yet connected mediums in art history, the mosaic. By combining tile, paint, grout, resin and vintage porcelain, Jason has re-envisioned a 4,000-year-old craft that has spawned masterpieces and, has made it his own. A true labor of love, Jason’s pieces are created over a two to four week process which he navigates on his own accord, free from assistants or interns. His dedication, curiosity and, sacrifice have culminated in humbleness, the true mark of an artist. The blend of creativity and ethos have procured Jason a place in the Hoerle- Guggenheim Gallery, where his works are currently displayed alongside famed innovators such as Picasso, Dali, Warhol, and famed street artist, Retna.

As we gain experience, the world becomes less mysterious, as we are afforded more and more looks behind the veil. Jason has recreated subjects from his past to help him bring back the magic, excitement, and hopefulness that stimulated his youth. The culmination of symbolism and raw material transforms Jason’s pieces from one-dimensional objects to works that resonate with us on a visceral level.

While having spent over a decade in the financial sector, Jason reconnected with his passion for art while living in the historic Republic of Malta. He now shares his time between New York and his hometown of Vancouver: one of which offers unparalleled variety and vibrancy, the other: a place of natural wonder and beauty, thus creating a perfect balance of influence for him to draw upon. A dichotomized resource of energy that allows Jason to show us the layers of the world through the scope of our youth. Applied in a medium that compels us to understand our true fragility, Jason’s mosaic work becomes a mirror image of life itself. 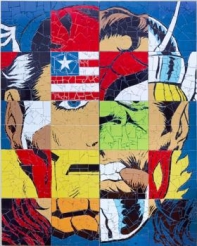 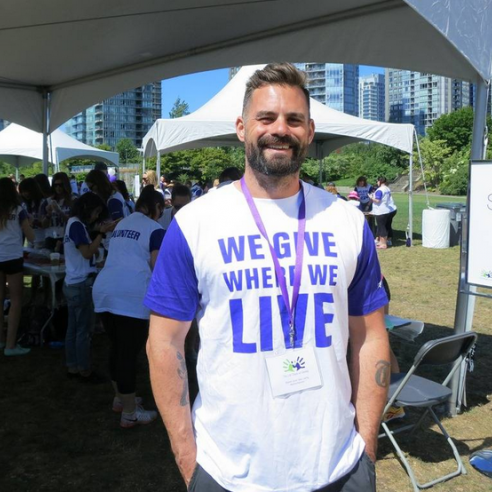