Alex Haas has spent the past twenty years developing a fully integrated approach to the arts and is equally vested in music, photography and multimedia.  Haas’ recent visual work, and its accompanying video and soundscape, reveal his first true synthesis of these multiple disciplines. Haas’ work, which is influenced by his own forays into electronic and ambient music, evokes the powerful color imagery of Rothko, but with a precise, digital feel. The artist’s photographic abstractions use color and space to create a vast, suspended panorama that seems to float and expand on the print.
Haas was born in New York in 1963, the son of world-renowned Austrian photographer Ernst Haas. The artist grew up in both Europe and the United States, infused with the spirit of photojournalism and a passion for modern art. During his teens, Haas became fascinated with the blossoming European electronic music scene of the late seventies. His musical world was revolutionized upon discovering the pioneering ambient works of Brian Eno whom he met in New York in 1980 and, more recently, worked with on U2’s “All That You Can’t Leave Behind”.

Haas has studied computer music at MIT and guitar/composition at the Berklee College of Music in Boston. He moved back to New York City in 1982 to work at the famed Power Station Recording Studio and to start building a career in music engineering/production. During the last two decades, such seminal artists as U2, Bill Laswell, Eric Clapton, Kronos Quartet, Talking Heads and James credit Haas on dozens of influential albums.

A talented musician in his own right, Haas co-founded Cypher 7 in 1996, an ambient/alternative group whose three widely acclaimed albums (produced and released by Bill Laswell) continue to influence new artists.  More recently he recorded and released his first solo album, Buildings, on his own Sonicontinuum label.

The artist’s current visual series explores color and space in a structured and mathematical manner applying theoretical concepts used in his recordings. While manipulating a digitized photograph of his father’s, he realized that by working with computers, photographs could be “sampled” in much the same way as recorded music. “The idea of repetition, whether in the repeated loops of hip hop or the apparent repetition of Indian music, has always interested me. Within their simplicity, repetitions create an illusionary space where the listener can project himself. My current work explores this same concept in the visual domain.” 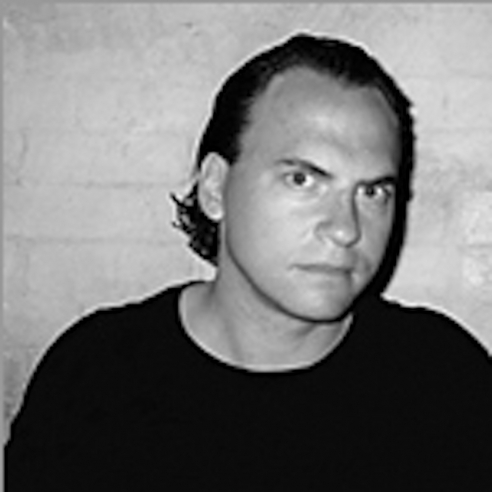