HG Contemporary announces Private, an exhibit by BAFTA and multi-award winning artist Alison Jackson, opening October 25th. This show which features photographs from her latest book by the same name, focuses on the cult of celebrity and will feature 17 of her iconic images.

The critically acclaimed Jackson, who has been exhibited at the Tate Modern, the Centre Pompidou and the San Francisco Museum of Modern Art, creates convincingly realistic work about celebrities doing things in private using professional lookalikes, creating scenarios we have all imagined but never seen before. This time, it is current U.S. election headlines that is the focus of her show, where likeness becomes real and fantasy touches on the believable.

Through her work, Jackson comments on the public's voyeurism, the power and seductive nature of imagery and on the need to believe. Her staged photographs of celebrity lookalikes are so real that they have caused media scandals, some even mistaken for real paparazzi or iPhone shots. In light of her works relation to the current political climate, she has been most recently featured in Vanity Fair.

"I have created pieces that reflect the constant barrage of media that we live in today with a focus on how politicians and celebrities are created/manufactured by the media," says Alison Jackson. “The images showcase our cultural conversations even as they undermine the authenticity of imagery, a devaluation that is exacerbated every minute in our Photo-shopped, Instagram world."

Jackson’s work is widely respected for its incisive, funny and thought-provoking questioning of the burgeoning spectacle of contemporary celebrity culture. “Alison Jackson and her show Private is exactly what I have been searching for,” says gallery director Philippe Hoerle-Guggenheim. “Her work is provocative, highly imaginative and the perfect commentary on our obsession with celebrity culture. Her talent goes unquestioned and her past accomplishments speak for themselves. I'm thrilled to have her at the gallery and I cannot wait for a highly intriguing and exciting show.”

While the subject of this limited engagement exhibition brings the campaign headlines out of the locker room and into the gallery, her intentions as an artist are pointedly not political, but rather lie in the exploration of our relationship with the “cult of celebrity” and what that means on a larger social, economic and political scale. Jackson’s staging, her subversive form of raising questions, use the celebrity aura to address a deeper universal lineage, the archetypal characters that define the history of human identity and the struggle of how they cope in the age of mass mediation. 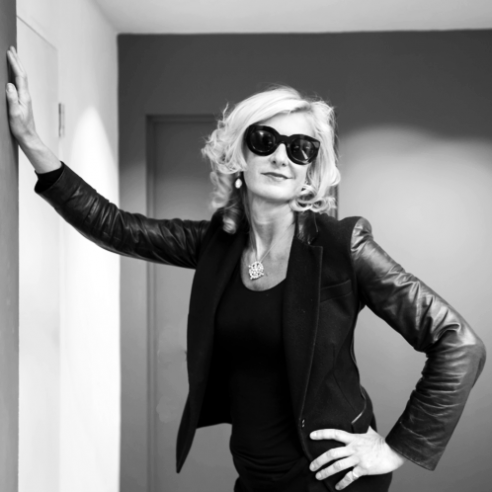