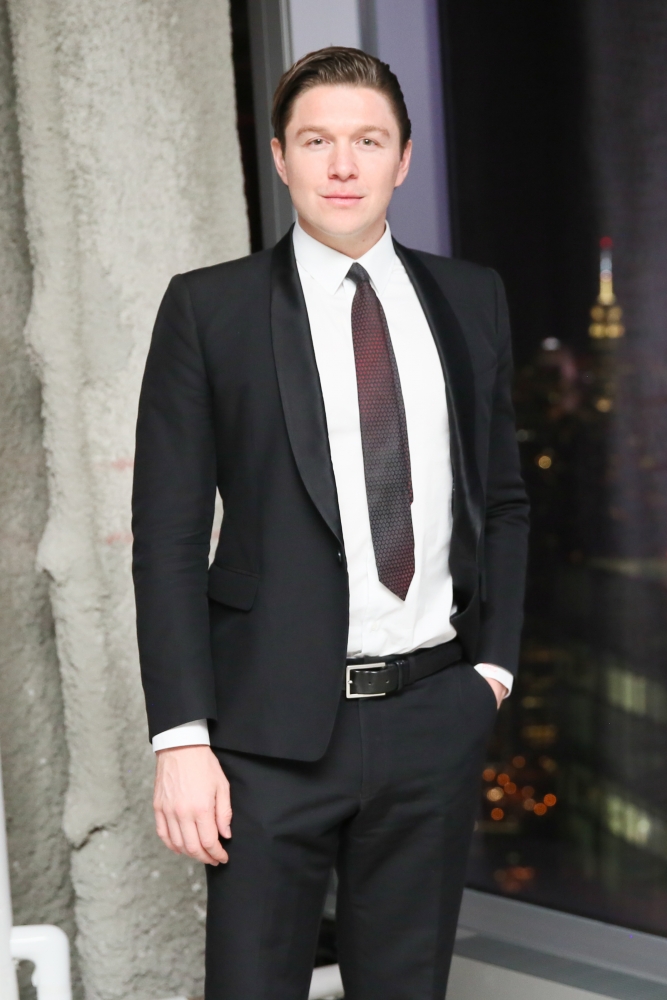 Art is in his DNA

Philippe Hoerle-Guggenheim bought his first piece of art, a Picasso sketch, at just 12 years old. A native of Germany, he grew up in a family of collectors and artists and was always very intrigued by the art world. Still, he never thought he could make a career out of collecting.

Hoerle-Guggenheim went on to work as a financial analyst in New York with positions at Ernst & Young and The Hyatt Corporation. “After working in finance, I learned a lot, but I understood it wasn’t for me. And then I fell, almost by chance, into an art deal,” he explained. The inaugural piece Hoerle-Guggenheim advised on was a Warhol, which ultimately served as the impetus and inspiration he needed to launch his own gallery.

In 2014, the HG Contemporary Gallery opened on 23rd Street and 11th Avenue, a stone’s throw away from the High Line. When asked why he chose Chelsea for his gallery, he said, “I liked the paradox almost of having more edgy and different artwork in maybe a more conservative environment. Chelsea is the heart of the art world, really, and there are a lot of galleries that are moving to the Lower East Side and even to Brooklyn. And I liked being in a more traditional environment with more out-of-the-box artwork.”

The gallery has hosted everything from graffiti by a street artist to the Rolling Stones’ hand-painted guitars. Now 35, Hoerle-Guggenheim, who has plans to open galleries in Los Angeles as well as overseas, is so committed to the artists he works with, that his home in the West Village is filled with their creations. “I actually like to collect every artist I represent. With every show that I do, I always like to buy one or two pieces for my own collection,” he said.

Although Hoerle-Guggenheim shares a name and a propensity for collecting with a noted, art world family, he has but a distant connection to the Guggenheims of museum fame.

Explain your family’s connection to art.

On my mother’s side, my grandmother was a very significant collector. Her family was actually one of the biggest collectors of mostly antiques and a lot of art. At a very early stage, I was always surrounded by art. It really helped me to build an eye for it and get a sense of what looks good and a feel for artwork in general. We also always had a lot of artists in our family. On the German side, Heinrich Hoerle, who’s fantastic painter. It was always somewhere in the DNA and our bloodline.

What have you found are the challenges of operating a gallery?

You do get very passionate about a lot of artists. And I think that’s where you have to make sure you use your time and resources most efficiently. You can’t represent too many artists at the same time. It’s not fair to the artists and doesn’t work for you. I think there’s a challenge of not signing too many artists. Initially, there were some natural challenges, like in any other business, to really identify what your position in the market is and find what’s best for you. Who do I tailor to best? What do I present them? I don’t really believe in competition within the gallery world. I believe in doing what’s best for my market and creating loyalty that way.

There are a lot of very known collectors and also athletes, musicians. It varies. A lot of new collectors. I think there’s a whole new group of collectors that surfaced. That’s something that I’ve been focusing on a lot, but I try to advise whoever it is best, from established to new clients.

What have been some of your favorite or most successful exhibitions there?

I had an exhibition with an artist by the name of RETNA, a famous street artist. That was very important because it was in the initial state of opening the gallery, so that really helped to make myself known. I had a great show that was probably one of the most talked-about shows called “Wall Street” by the artist Nelson Saiers. On CNBC, there was just something that came out about the show. The Observer called it “The Warhol of Wall Street.” So, it was a very successful show and someone that I picked up very early on as well. He had just started as an artist.

I saw you did a show on the Rolling Stones. What was it comprised of?

That was a great show as well. It was a very significant collection; I want to say one of the biggest memorabilia collections out there that’s in private hands. That really gets a lot of people excited. There were a lot of paintings by Ronnie Wood, the longtime guitarist of the Rolling Stones, painted on guitars, handwritten lyrics, set lists. The very famous Rolling Stones’ logo is the tongue, so we had one made of Coke cans. Also vintage posters, but mostly original work.