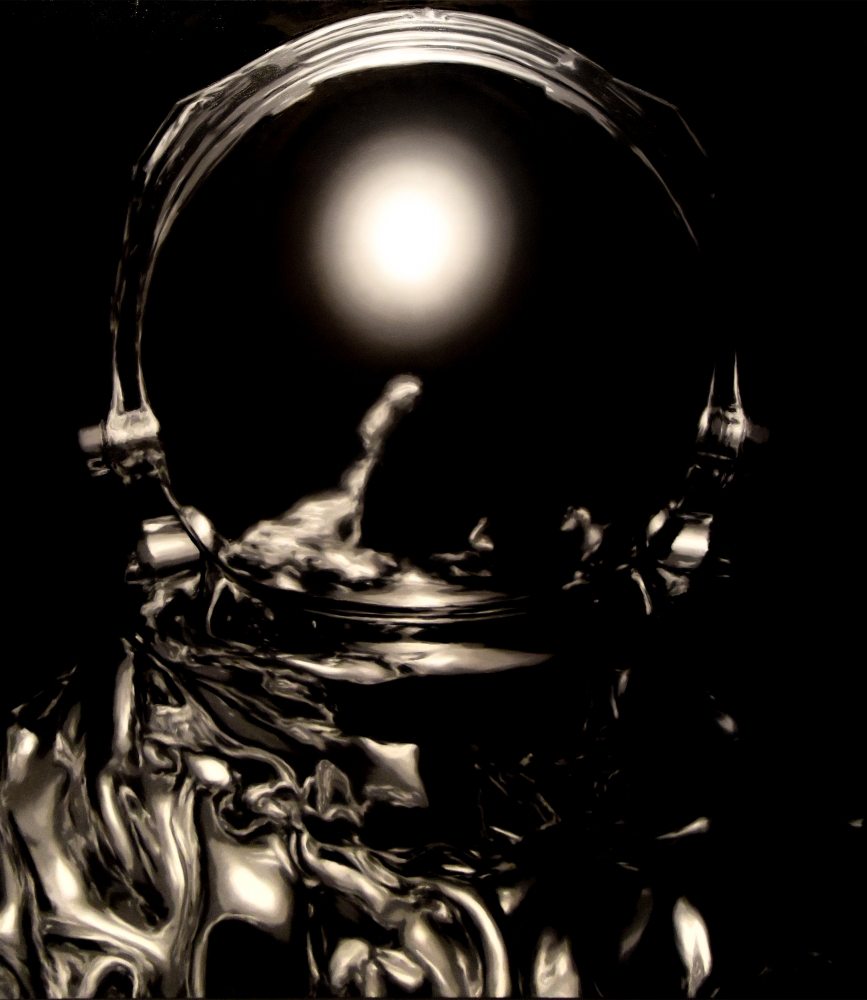 “I’ve tried to find artists that have really unique patterns and are doing things for the first time,” said Hoerle-Guggenheim, whose New York gallery is located on West 23rd Street in Chelsea.  “I also strongly believe artists are a social commodity—ultimately we live with art, we have it hanging on our walls, we socialize around it...I realize there is a large level of competitiveness these days, but I really work to bring artists together.”

In thinking about his exhibition for If So, What?, it was important to Hoerle-Guggenheim that the works he will show relate to the venue of Silicon Valley and demonstrate the unique working methods characteristic of his gallery artists. He wanted the works to resonate with the tech industry audience, but also to be fun and approachable in order to appeal to a wider audience.

Among the artists that Hoerle-Guggenheim plans to show at the inaugural edition of If So, What? is Marc Gumpinger, a German artist who himself started his career in the tech industry. Gumpinger became interested in software design at a very young age and became a successful tech entrepreneur after selling his mobile social gaming network to Blackberry. About eight years ago, Gumpinger decided to pursue art full time.

“Marc was designing with software when he was 11 years old and created his own game back then, which is one form of art,” said Hoerle-Guggenheim. “When you look at many masters in the past, they were scientists first and artists second. They used art as a medium… [Marc] has the same approach. He very brilliantly uses art to communicate his message.”

In a video on the gallery’s website, Gumpinger describes his work as “bringing the digital era into contemporary art.” Using 3-D printing software and associated algorithms, Gumpinger invents a new reality through a digital process, which he then realizes on canvas. To him, the underlying question to his work is “what is real?” as he plays with the notion of constructed realities, truth, and invention. At If So, What? HG Contemporary will present a series of Gumpinger’s Space works, which feature an astronaut of Gumpinger’s invention. The series was part of his solo show SPACE at the gallery.

Interested in the ways in which the digital can enhance the tangible, artist Tim Bengel uses social media to document his process and to engage audiences who may otherwise not encounter art in their daily lives. Bengel has become a social media sensation, documenting the way he uses sand, glue, varnish, and gold leaf, to create intricate works on aluminum panels. The process video for his work My American Dream currently has nearly one million views on YouTube. HG Contemporary will feature the three-panel work that is the subject of the video in its booth at If So, What?

For Hoerle-Guggenheim, it is not only Bengel’s art that is impressive but also his public engagement and the way he uses social media to communicate with his audiences. “When he had a solo show here, there were people flying in from around the world to see the exhibition, and these were all collectors and people that wanted to experience the work, not his friends,” said Hoerle-Guggenheim. “It’s amazing that he got thousands of people to go to the gallery for the first time. It is great how he uses technology to introduce an audience to an industry that they were not familiar with before.”

In addition, HG Contemporary will show works by a number of artists who in various ways capture the zeitgeist of our time: Alison Jackson’s carefully staged photographs that comment on our obsessions with celebrity culture; a series of hand colored cells by John Lennon that were part of the first music video ever, “She Said So/ I Feel Fine”; and Zhenya Xia’s gorgeous acrylic works that give permanence to things that are typically of fleeting beauty.

While many of the artists whose work will be on view are young, the gallery will also show works by Indian artist Natvar Bhavsar, an artist now in his mid-80s. Bhavsar creates stunning vibrantly colored works by layering pigments using tools built by himself. The works will round out the booth by offering visitors a respite of sorts. “His work is very Zen, very calm,” said Hoerle-Guggenheim. “I feel like in an environment like Silicon Valley, that is what visitors are looking for. The area is surrounded by nature, and that’s where people can concentrate and think the best. His work really evokes that feeling—it’s very calming and soothing.”