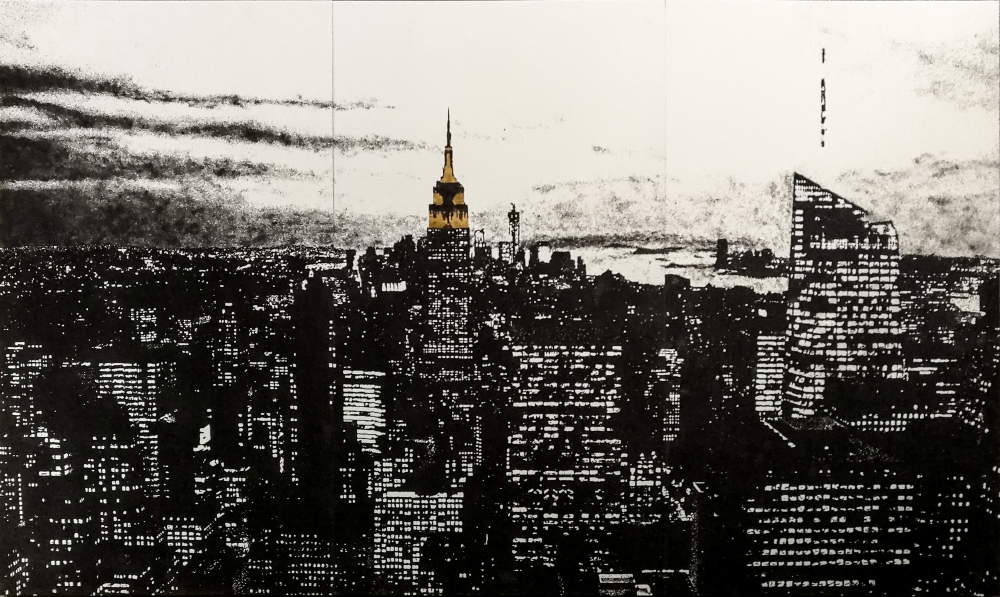 Two-and-a-half years after he painted his first picture of sand, a dream came true for him, which many young artists dare not even dream of: a single exhibition in New York City. The gallery owner Philippe Hoerle-Guggenheim had seen one of the videos Tim Bengel had made of his work. Bengel now has half a million fans on Facebook. He definitely knows how to use the social networks and how to draw attention to them. On September 7, his exhibition opens in Manhattan. Even if New York is a highlight, it is by no means his first show abroad. He has also shown his works in Thailand, Malaysia and Abu Dhabi.

In his videos, it is only suggested how the sand stays on the canvas. On the internet, presumptions are circulating as his technique works. "Of course, that will not betray," he says, laughing. It is time-consuming, in any case, that the large-scale image of the Palace at Versailles took 300 hours. Today it hangs in the living room of former goalkeeper Timo Hildebrand. The picture of the castle site is located in the southwest bank.

That his art is not profound and leaves little room for interpretation is clear to him. Much more is concerned with the attitude, the placard and the "dream big.”

"I like artists who go their own way and do not talk: Jeff Koons, Damien Hirst or Jonathan Meese," he says.

Before he goes into the Big Apple, however, he is devoting himself to his home. On Thursday, he will open the third edition of his exhibition series "Kunscht" together with other young artists from Stuttgart and the surrounding region. The aim is to provide young artists with a platform that would otherwise have no chance to exhibit in the city.

"It is really difficult for young artists in Stuttgart to take a foot," says Bengel. That is why he and his colleagues simply took matters into their own hands. The works of Mr. Schiller, Vince Voltage, Viviana Traiano, Maximilian Kamps, Freya von Bülow and Wolfram Georg will be exhibited. The Künschtler present a wide spectrum between photography, painting, illustration, mixed media, and drawing.

Vernissage : Alte Kanzlei, Schillerplatz 5A, Entrance to the Schlossplatz, Thursday, July 20, from 6 pm. The entire exhibition will remain open until 30 September and is open during the opening hours of the old law firm.