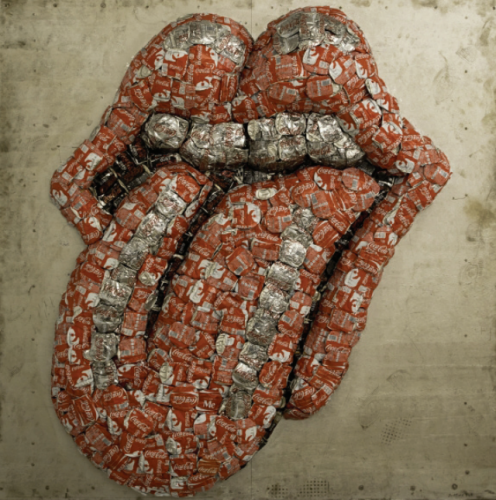 An exhibition of Rolling Stones-inspired artwork and memorabilia put on by the Hoerle-Guggenheim Gallery at the new Edition Hotel in New York on Tuesday night received over 1,000 RSVPs.

The party was thrown in honor of the seminal rock outfit's 50th birthday, a fact that's enough to make pretty much anyone feel ancient.

Like most high-profile events that reach capacity early, the scene at the door quickly devolved into bedlam. "A lot of them were turned away or forced to wait without ever getting in," an anonymous source told Page Six, which had the story. "It was a madhouse."

Luckily, a slew of models, socialites, and artists including Mr. Brainwash (who enjoyed his own collaboration with both the gallery and hotel earlier this year) were able to make it swiftly past the throng of people at the velvet ropes.

Inside, the Stones tribute spanned the entire third floor of the chic hotel, featuring art by band member Ronnie Wood, as well as handwritten lyrics, historic guitars, and one of only two of the bands Grammy awards.

If 1,000 people seems like a ghastly herd to fight your way through for a glimpse into the life and legacy of the Stones, we don't recommend making plans to visit their forthcoming exhibition, aptly titled "Exhibitionism" at Saatchi Gallery in London.

The interactive show, which is slated to open on April 6, 2016, was created by the band themselves, and has been in the works for over three years. Saatchi is already touting the show on their website, and we're thinking the opening, which is likely to be feted by the likes of Mick Jagger himself, will redefine the meaning of the term "madhouse."

Then again, what's rock n' roll without a massive line of screaming fans?