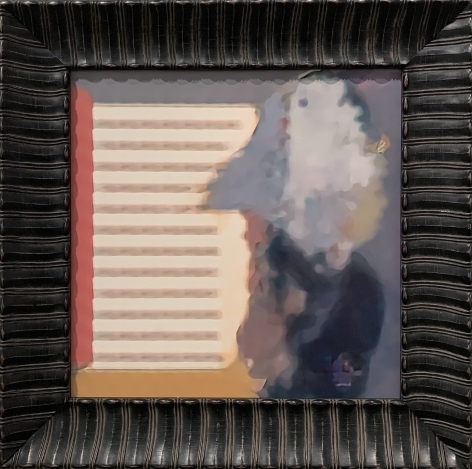 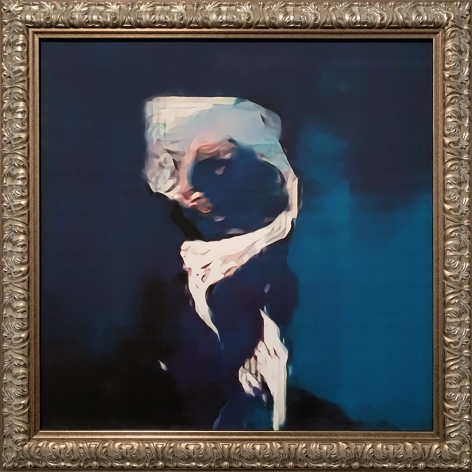 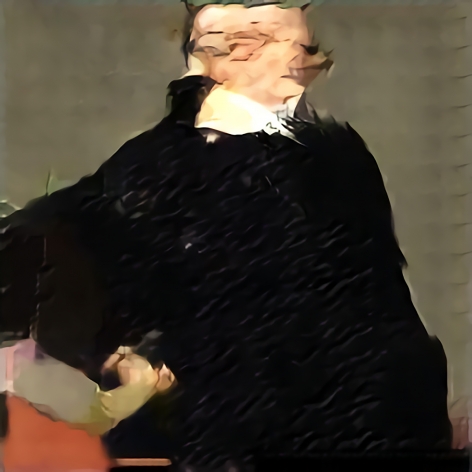 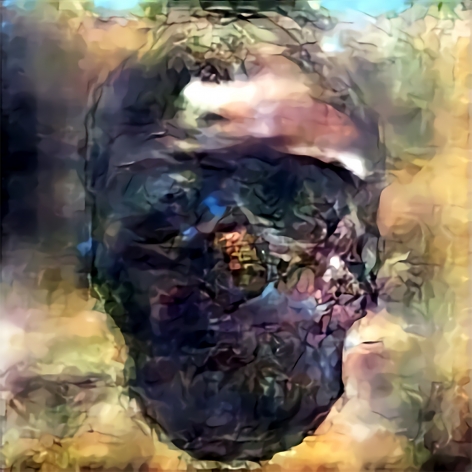 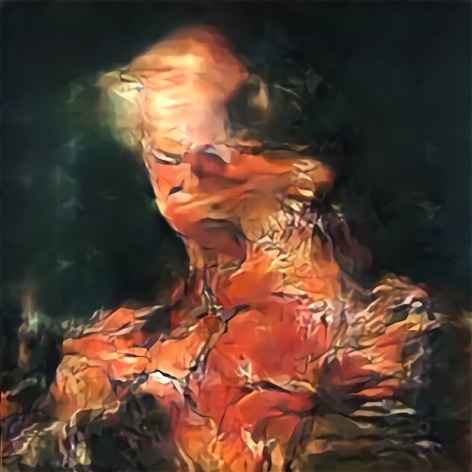 HG Contemporary proudly presents Faceless Portraits Transcending Time, a collaboration between an artificial intelligence named AICAN and its creator, Dr. Ahmed Elgammel. The exhibition shows two series of works on canvas portraying uncanny, dream-like imagery generated by AICAN excavating the ageless themes of mortality and representation of the human figure. The first series examines this joint effort between man and machine as a historically specific moment in the chronology of image-making; the second focuses on how artificial intelligence serves as a mirror to reflect human (sub)consciousness.

The first series investigates the history of the image with portraiture as its focus. At our present moment, the advent of AI-generated imagery asks us to consider the work of art in the age of not only mechanical reproduction but also algorithmic production. “Deepfake” videos of political figures now challenge the status of the image as an index of authenticity. Further still, the ability of algorithms to generate imagery from their “imagination” causes a severance between imagery and reality altogether. If photography freed painting from the task of representation, then how will AI change how we make visual culture?

The second series plays with the tradition of memento mori. In doing so, it highlights the ability of AI’s pseudo-intelligent neural networks to let us more closely examine the nature of visual meaning-making, via a reflection of our own intelligence in a machine. “Deep learning” algorithms have propensities that eerily mimic the human brain, exhibiting behaviors such as fractal-like hallucinations or producing abstract compositions that invoke seemingly atavistic or subconscious sources.

Ahmed Elgammal is the founder and director of the Art and Artificial Intelligence Laboratory, and a professor of computer science at Rutgers University.  He developed AICAN, an autonomous AI artist and collaborative creative partner. Dr. Elgammal’s research on knowledge discovery in art history and AI art generation, received wide international media attention, including reports on the Washington Post, New York Times, NBC News, CBS News, the Guardian, the Daily Telegraph, Science News, New Scientist, and many others. In 2017, an Artsy editorial acclaimed AICAN as “the biggest artistic achievement of the year”. In 2016, a TV segment about his research, produced for PBS, won an Emmy award. AICAN art has been shown in several technology and art venues in Los Angeles, Frankfurt, San Francisco, and New York City.