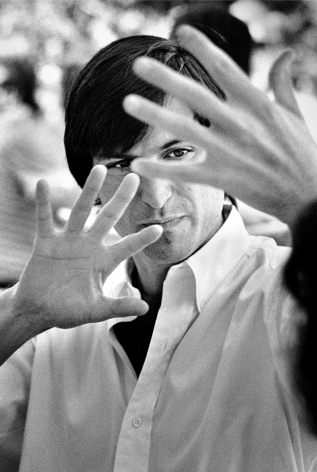 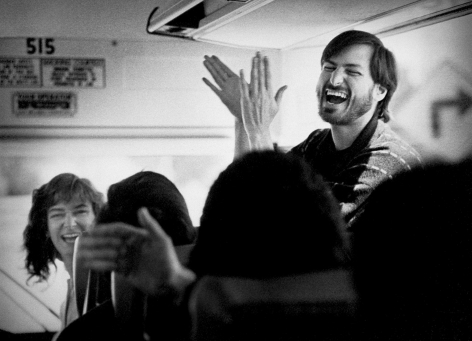 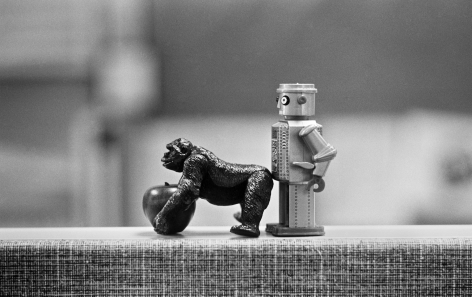 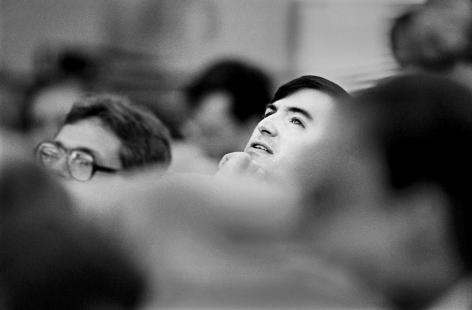 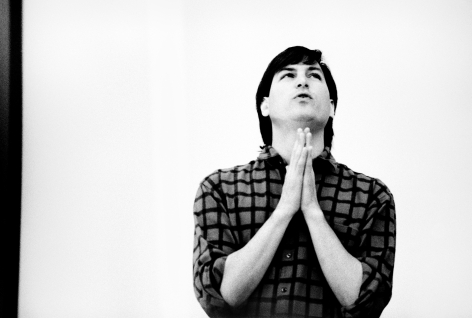 Doug Menuez is an American photographer whose varied career over 30 years has ranged from photojournalism and documentary to commissioned work and personal fine-art projects. The driving concern of all his work is to explore and reflect the realities of the human condition.

His career as a photojournalist began in 1981 as an intern at The Washington Post and then as a freelancer covering a wide range of stories for Time, Newsweek, LIFE, USA Today, Fortune and many other publications worldwide. His subjects have included the homeless crisis, the Ethiopian famine, Oakland drug wars, poverty, the Olympics, and the AIDS crisis. He gained exclusive, unprecedented access to record the rise of Silicon Valley from 1985-2000 and documented the private daily lives of its most brilliant innovators, including Steve Jobs, Bill Gates, John Warnock, Carol Bartz, Andy Grove, John Sculley, Bill Joy, and John Doerr during as they invented the technology that changed our world.

His many portrait assignments range from Hollywood notables such as Charlize Theron, Cate Blanchett, and Robert Redford, to Mother Tereza and Presidents Clinton and Bush Sr. Menuez’ work has won numerous awards and been honored by many organizations, including the Kelly Awards, The AOP London, The Cannes Festival, The One Show, The Art Director’s Club of NY, Photo District News, The Epson Creativity Award, American Photography, the International Photography Awards, NY Photo Festival, Graphis, and Communication Arts.

Menuez has been exhibited in solo and group shows and featured in nine of the bestselling Day in the Life books. His commissioned campaigns for global brands include FedEx, Chevrolet, Emirates Airlines, GE, Siemens, Hewlett Packard, Coca Cola, Charles Schwab, Chevron, Samsung and Microsoft.

Menuez’ produced 15 Seconds: The Great San Francisco Earthquake of 1989, with David Elliott Cohen and Ron Tussy, which generated more than five hundred thousand dollars in relief money for earthquake victims. His other books include Defying Gravity: The Making of Newton, Beyond Words Publishing, 1993, Heaven, Earth, Tequila: Un Viaje al Corazón de México, Waterside Press, 2005, and Transcendent Spirit: The Orphans of Uganda, Beaufort Books, NY, 2008, with an introduction by Dame Elizabeth Taylor. It has raised over one hundred thousand dollars to date for Ugandan AIDS orphans.

In 2004, Stanford University Library acquired his extensive archive of over 1 million photographs and created the Douglas Menuez Photography Collection at Stanford University Library. His fourth book, “Fearless Genius: The Digital Revolution in Silicon Valley 1985-2000,” by Simon & Schuster’s Atria Books, was a #1 bestseller on Amazon’s photo book list and is now available in 6 countries and 17 languages. Over 100 million people have seen the project worldwide through the book, traveling exhibits, extensive press coverage and his talks. The exhibition of fine art prints from Fearless Genius opened in Moscow at the Photobiennale in March 2012 and has been continuously traveling worldwide with exhibits in China, Spain, France, the UK, and most recently at the Computer History Museum in Silicon Valley, which set a record for attendance.

Menuez has lectured widely on his years as a witness to the great innovators at conferences and for corporations. He serves on the Advisory Board of the Woodstock Center for Photography and divides his time betwen the Hudson Valley and NYC. 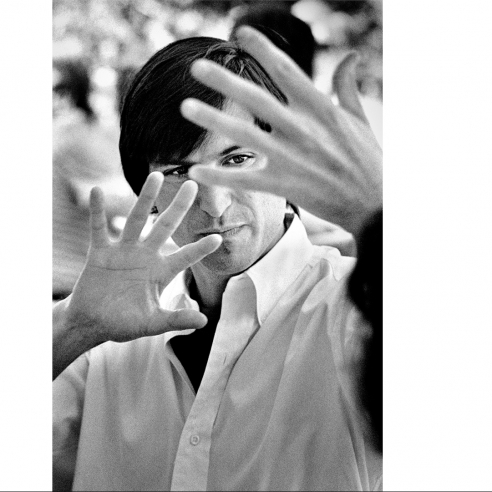 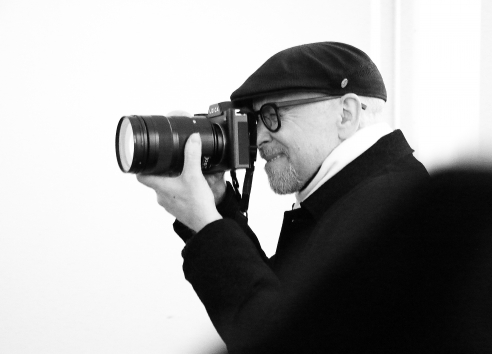 Doug Menuez is the acclaimed photojournalist who – as with any great witness to history – was in the right place at the right time and with the right camera. His career began in 1981 as an intern to the Washington Post. It was only four years later that he found himself in 1985 Silicon Valley exploring and struggling alongside the young, still unknown scions of the emerging tech industry. Yes, befriending the likes of Steve Jobs and Bill Gates et alia – while wielding his camera and capturing some of the most profound and earliest images of the men who would become the pioneers and founding fathers of the tech industry of the 20th Century. Many of these images found their way into his highly acclaimed book Fearless Genius: The Digital Revolution 1985-2000 which has been published into multiple languages and is regarded as one of the most important visual documents to the early beginnings of the men and few women who, indeed, truly led a revolution. 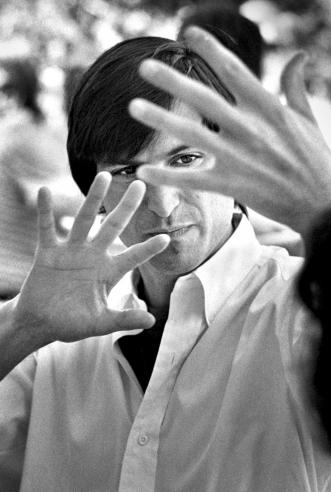 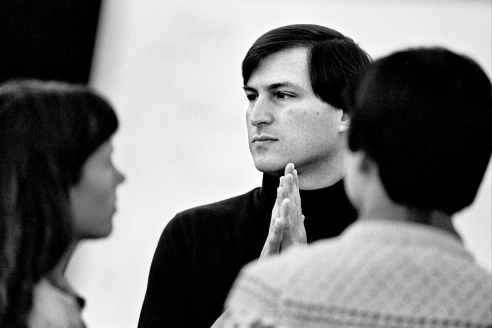 HG Contemporary presents: Fearless Genius, a monumental photo exhibit showcasing a pivotal time in American & technological history. With exclusive access to Steve Jobs, during a time described as the ‘golden era’ of Silicon Valley, Doug’s collection of masterfully crafted images documented a niche of American entrepreneurs who were on a mission to change the world. From the creators of the smartphone to the visionaries behind making the internet accessible to everyone, this era altered the course of humanity’s evolution.