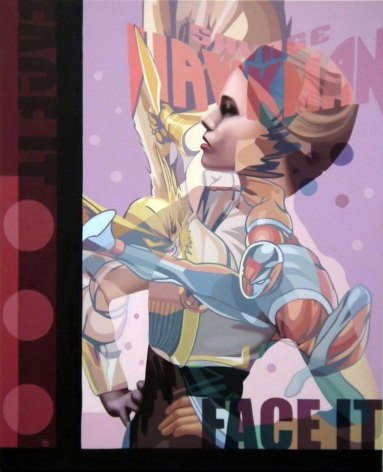 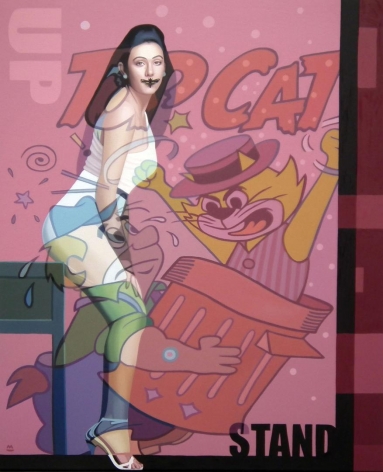 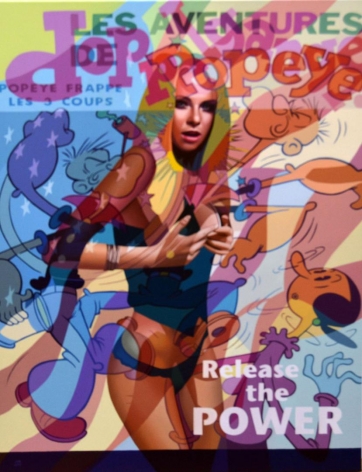 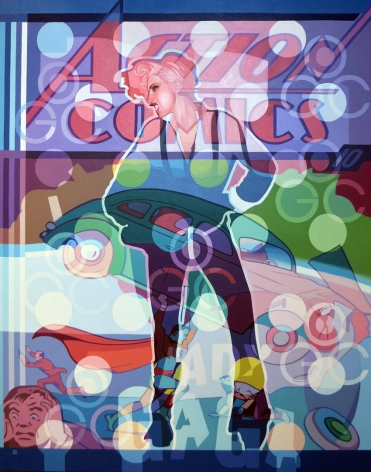 Using subtle tones of paint McAlpine Miller creates the illusion of transparencies within his works. A reality that is so far-fetched that it becomes a busy blur of objects which portray the idea of an energy-laden consumer society. Contrasting themes of cartoons/superheroes, and stylish European models help to illustrate the unrealistic idealism that these celebrated objects present. Objects that we all desire, whereas the reality is as impossible as the existence of the Disney characters and Superheroes. These comic references do not only convey such, but the imagery also portrays the unimportance of the celebrated objects. How the subject matter overlaps and fades into each other not only shows forgotten memories and aspirations but also illustrates a feeling of a shallow existence.

McAlpine Miller is the Artist in residence at The Savoy Hotel, London. Eight paintings were unveiled in November 2012. “A Time For Reflection” will hang in the Thames Foyer at The Savoy. His work continues to attract the attention of galleries and collectors across the world.

With further exciting collaborations set for 2015, featuring fashion, film and a truly futuristic journey, it seems that even the sky provides no limits for this treasured fine artist. 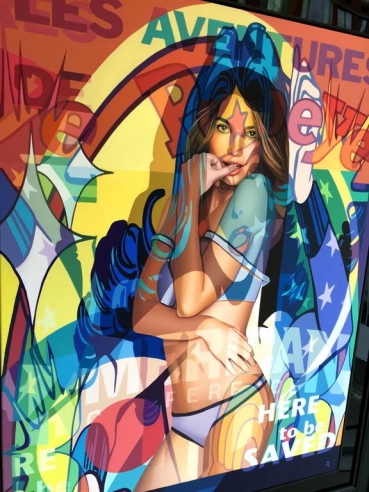 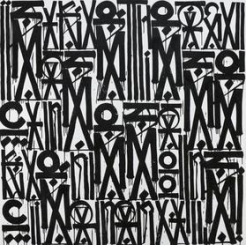