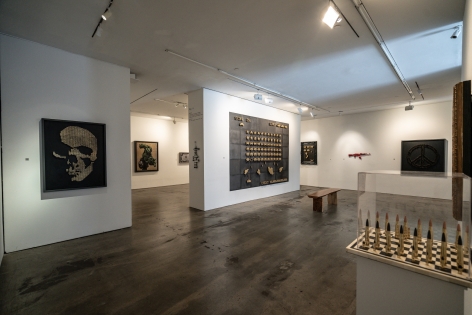 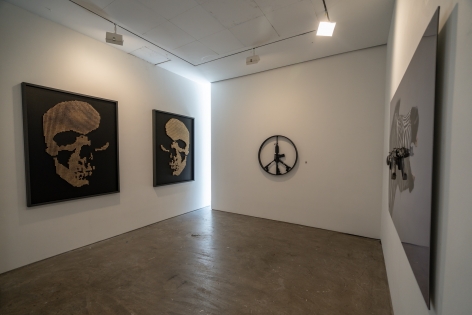 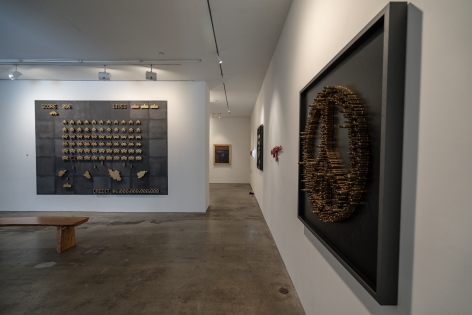 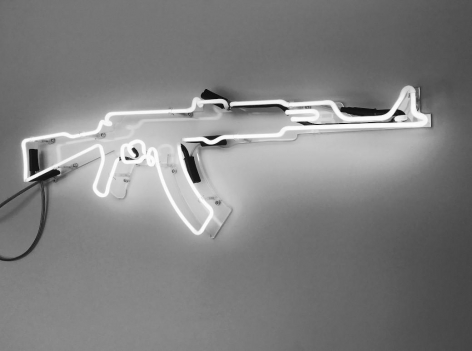 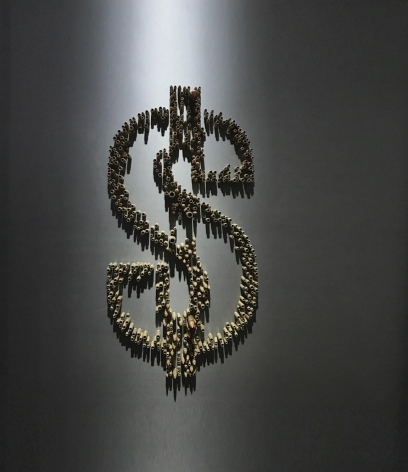 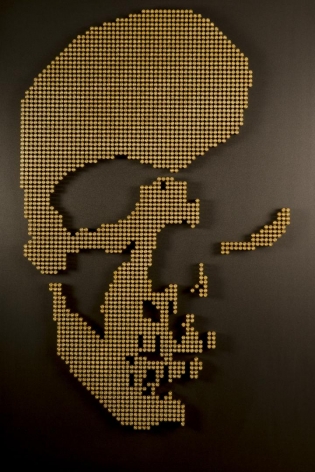 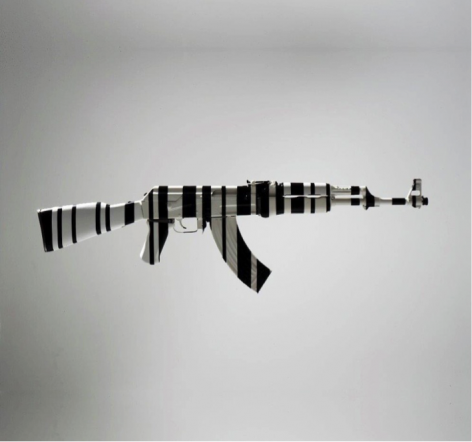 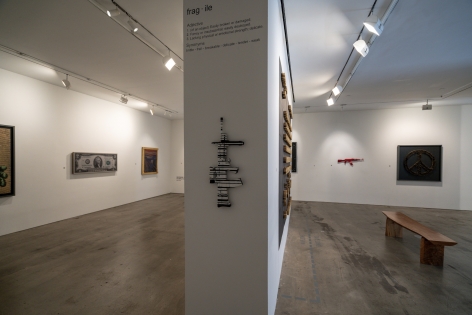 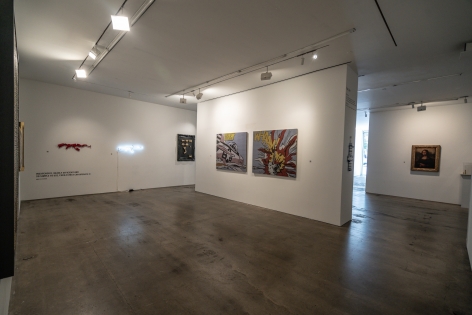 The exhibition brings together most recent works by McCrow dedicated to reducing the number of small arms by funding weapons and munitions destruction projects in areas suffering from the effects of war and gun violence. One less Gun offers everybody the opportunity to contribute to the solution of this largely ignored problem. Our target is to destroy 1 million weapons. This will save lives, stabilize communities and make a safer world. McCrow’s art is controversial, thought provoking and embraces the contradictory views that come with guns and refocuses them with a fresh perspective and a heartfelt purpose.

The stories McCrow uncovers, tell of the continuous struggle people face from small arms and light weapons. By taking these weapons out of action, a region’s dark past can begin to turn into a brighter future for those who continue to live and work there. As well as making a small but important difference to arms reduction, McCrow is producing a body of work that is proving to be extraordinarily provocative and totally captivating. McCrow’s charity, One Less Gun, has been set up to change the way the world deals with surplus and illicit weapons.

To help us achieve our target of destroying 1,000,000 gun, we would like to introduce you to Gun Neutral: a new type of donation, where ﬁlm and game makers make a ﬁnancial pledge to the charity for every weapon on appearing on screen.

Gun Neutral is an ethical not a moral proposition. It is an opportunity for the industry to use their ﬁctional weapons as a means to destroy small arms that could otherwise fall into the wrong hands. Such a commitment is a very public expression of consciousness and a tangible way for the industry to play a huge role in helping eradicate a major source of suffering.

We believe it’s a simple equation:

​In 2009 McCrow’s close friend lost both legs and an arm in an explosion whilst on tour with the British Army in Afghanistan. It was one of the catalysts that turned a distant fascination with guns and weaponry into questions about individual purpose, morality, hidden stories and the ability of one person to make a difference. Since then, McCrow has begun a journey to deactivate and destroy as many weapons as he can. It’s a personal quest to understand first hand the terrible consequences of conflict and through art, tell the unheard, human stories that share their past with each weapon he finds.
As well as making a small but important difference to arms reduction, McCrow is producing a body of work that is proving to be extraordinarily provocative and totally captivating. An underlying theme of the work is an exploration of moral insanity; described 200 years ago as a decay of social affections, an aversion to the nearest relatives and friends formerly beloved; in short, a change in the moral character of the individual. Guns have long had an extraordinary and terrible influence over us. There are those who glorify them, those that subjugate through them and those who suffer by them. McCrow captures this polarizing behavior and brings the subject into the 21st Century, portraying it with originality, wit, and soul.

HG Contemporary is a breakthrough gallery founded by Philippe Hoerle-Guggenheim in 2014. The gallery has built a reputation for unearthing distinct artists and producing shows that embrace groundbreaking aesthetics and concepts. The gallery is committed to developing an international contemporary program that is ambitious as well as diverse. This commitment carries with it an innovative and clear vision about producing exceptional art exhibitions as well as a deep understanding of visual culture's function within and beyond the walls of the gallery. This approach includes a digital path, which is under way.