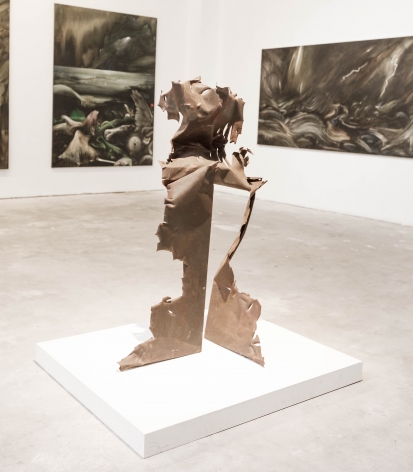 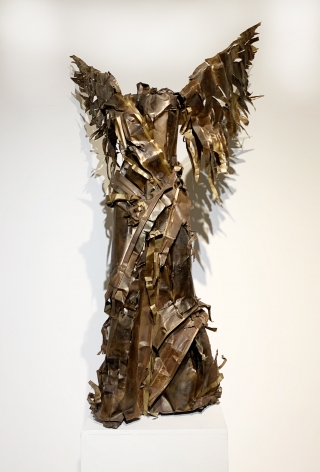 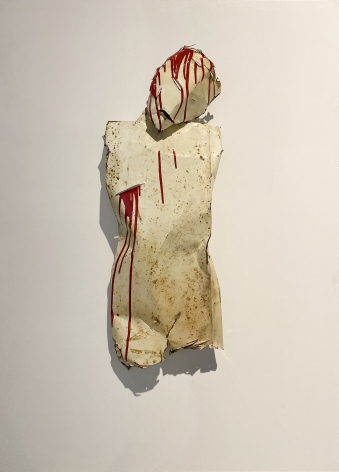 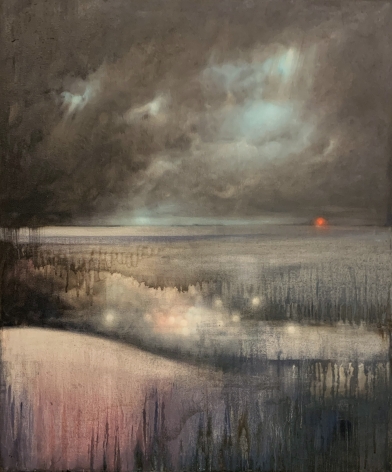 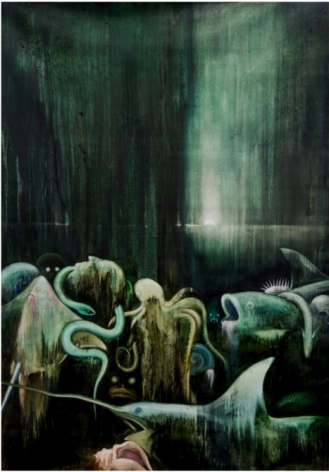 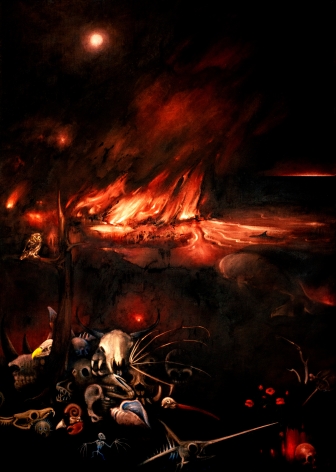 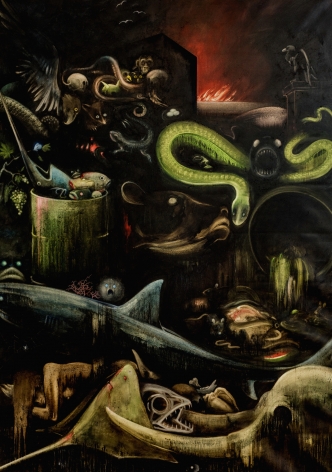 "My recent work is the end result of a long journey beginning over fifty years ago. I was born in Tuscany on the hills near Lucca facing the Mediterranean Sea, the house where I grew up had no books, and with the exception of the frescos in the local Romanesque church, I had never seen any art. At the age of ten I was given a small encyclopedia with a few color reproductions of paintings, for the first time I saw Leonardo Monet and Picasso. I was so fascinated by those images that I knew then that I was going to be an artist. At the age of fourteen I was given colors and brushes and painting became my obsession. At sixteen I enrolled at the Instituto d’Arte in Lucca, at that time the school had still a classical curriculum, we drew from the model and copies of Greek sculptures, we had to learn:  Fresco, Egg Tempera Perspective etc, but what interested me most was contemporary art. I was influenced by Morandi, Bacon and then Warhol. In 1964 I entered the Accademia d’Arte in Florence but America was where I wanted to be. In 1967 I landed in JFK with $50 in my pocket. I had a friend that was a student at Oberlin College and I was able to study there for six months as a Special Student. Minimalism was at the time the new hot trend and I became a Minimalist. After finishing at Oberlin I was given a scholarship for the MFA program at the University of Minnesota and I moved to Minneapolis. During a visit to New York in 1969 I discovered conceptual art and I became a conceptual artist. In 1970 I exhibited conceptual work at the Walker Art Center. After teaching for a few years at the Cleveland Institute of Art I finally moved to New York.

The sculptures are made out of metal objects found in the streets of Manhattan, sheet metal, file cabinets, drums etc. that retain signs of use and human contamination (the local stone). They are for the most part cut with an axe, the edges, sharp, tense and tormented could not be obtained with any other tool. Sculpture itself is the subject of my work: a Venus in a classical pose, a figure inspired by African Sculpture or an animal with a Folk Art flavor that cohabit the same space. I always interpret finished sculptures in personal terms, they are the materialization of my state of mind. In recent years I have been trying to make sculptures that can communicate with a larger audience. The challenge is for me to be able to make intelligent and original work for everybody. My studio is now in Spanish Harlem, it is a storefront with two large windows where I show my work, it is an ideal situation to test this new direction. The last several years have been the most productive and I believe that the best work is yet to come."

Paolo Pelosini was born in Italy in 1945. He attended the Academy of Art in Florence and after graduating he moved to Minneapolis where he attended the University Of Minnesota and graduated with a Master degree in painting and art history. The artist is now working in New York and in his native Tuscany, both in sculpture and painting.

He has shown his work in across Europe and the US, including the Biennale di Venezia. Over the last three years he has painted a series of over 30 "Nocturnes" of various sizes, the largest are 2.7 meters tall (110"). He works on canvas with tar (bitumen) and oil paint. Inspired by Bosch, Caravaggio, Romantic painting and others, the night scenes depict a planet poisoned and decaying. Pelosini has been working since the early 60's in many styles and media including: abstract painting, conceptual art, and sculpture. This recent effort is an attempt to connect with "classical" painting with a contemporary spirit and to reach an audience that is larger than the art world. The work ultimately is, as always, a quest for beauty. 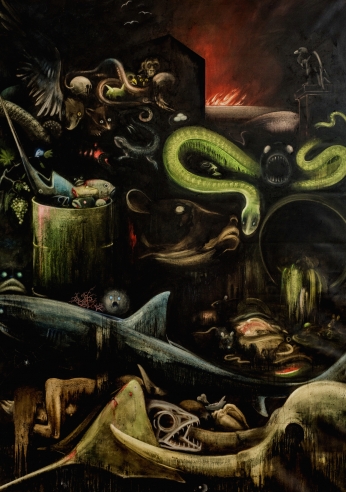